Schedule your visit online or walk in today! 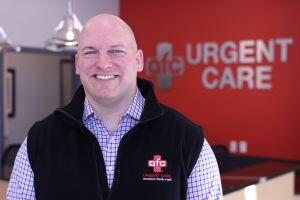 Dave Adams is the President of Freedom Health Holdings, LLC, the management company of the AFC Urgent Care centers in Waltham, Bedford, Burlington and Stoneham, Massachusetts, where he also runs day-to-day operations and management of the Company. Prior to launching these AFC Urgent Care medical practices, Dave spent several years with Suffolk Construction in Boston, MA, most recently as the Vice President of Operations where he was responsible for operations and financial management of nearly $1 Billion of commercial, residential and retail construction projects for the company’s Northeast region.  Captain Adams also served around the globe for nearly a decade as a commissioned officer in the United States Marine Corps, both as a leadership instructor and as an Assault Amphibian platoon commander. Dave graduated with a Bachelor of Arts Degree in History from the College of William & Mary where he was the recipient of a four-year athletic football scholarship.  Dave also holds a Master of Business Administration degree from the Tuck School of Business at Dartmouth. 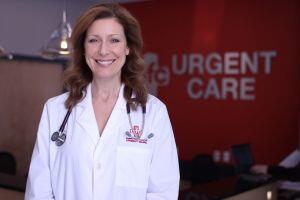 Dr. Kristina Orio is a board certified Emergency Medicine Physician with nearly 15 years of clinical experience in both the private and US military healthcare sectors.  After graduating from Wellesley College with a degree in Biochemistry, Kris was awarded a highly-competitive Health Professions Scholarship by the United States Air Force to attend the University of New England College of Osteopathic Medical School. Dr. Orio fulfilled her residency studies in Emergency Medicine at the Wilford Hall and Brooke Army Medical Centers in San Antonio, Texas before serving as a Battlefield Emergency Medical Combat Physician at Travis Air Force Base in California and in Kirkuk, Iraq as part of a Mobile Field Surgical Team where she treated wounded US military personnel. Following her combat tour, Major Orio joined the clinical faculty of the San Antonio Uniformed Health Services Consortium’s Emergency Medicine Residency and then the Baptist Health System in San Antonio, TX. Dr. Orio joined the AFC Urgent Care team following several years as an Emergency Medicine Physician at South Shore Hospital in Weymouth, MA.  She lives in Weston, MA with her husband (also a provider) and her three children.

Don't wait to get the medical attention you need.

Do I Have a Sinus Infection?