Angry bee season is already upon us and it’s time to prepare for bee stings and bee swarms. During the late summer and early fall, bees and wasps become very aggressive and can potentially sting you if provoked.

Why? Because they’re getting close to the end of their season and are preparing to die off. Their resources are almost depleted and they’re fighting to survive, making them more angry and more aggressive.

Bee stings also hurt!... And for some it can be potentially fatal if you’re allergic. But, not to worry, there are plenty of things you can do to prevent angry bees from stinging you. AFC Urgent Care Natick has created a guide on how to prevent and treat bee stings so that you and your loved ones can enjoy the rest of your summer.

Run if an angry bee “bumps” into you

Most colonies of bees may think you're a predator and will send a few bees to guard and attack if necessary. So, if you’re in your backyard or out and about and a bee “bumps” into you, run away! If running is your first instinct, then run like the wind.

According to the CDC , bees release a chemical when they sting, which may attract other bees. We suggest you run indoors or go to your car as quickly as you can to avoid an angry bee attack.

Some people think that by shooing it away or killing an angry bee that will solve the problem, but there are actually more bees around the corner than you think! We mentioned earlier that bees can release a chemical that attracts other bees when stinging. Killing a bee can also have the same effect.

This is not ideal, especially if you are with a group of friends or loved ones who are allergic to bees. You don’t want to be the reason they end up going to the hospital. A wiser alternative is to let it “bee”. Only run indoors if they start swarming and coming after you!

Removing the stinger  is not an easy task. Most people think that you need to pull or squeeze it out. But, we suggest you don’t do this so that the stinger doesn’t spread any more venom into the afflicted area. Instead here’s what we suggest you to do immediately after getting stung by a bee:

Extra Tips: Don't use tweezers to squeeze it out. Using tweezers to remove a bee sting runs the risk of squeezing more venom into the wound. Credit cards can also work!

Other natural remedies to soothe a bee sting

Sometimes bee stings can feel irritated and itchy for a few days. You can reduce pain, itch and swelling of a bee sting with these at home remedies:

If you’re highly allergic to bee stings, do this:

If you or someone is allergic, you should always carry a bee sting kit. This includes a bronchodilator epinephrine shot (Epipen) or inhaler, which will dilate the airways and allow your child to breathe. If the person gets an allergic reaction, call 911 or bring them in to us as soon as possible. They will need to be treated immediately.

For the next couple of weeks, we are anticipating a lot of angry bee stings and people coming in with bee stings and allergies. And, if you do get stung and are allergic, AFC Urgent Care Natick is here and ready to treat your bee sting.

There is no appointment needed. You can walk right into our center seven days a week for bee stings, COVID-19 testing, X-rays, lab work, minor injuries, and more treatable urgent care needs. Check Your Risk For Diabetes: Here’s What You Should Know 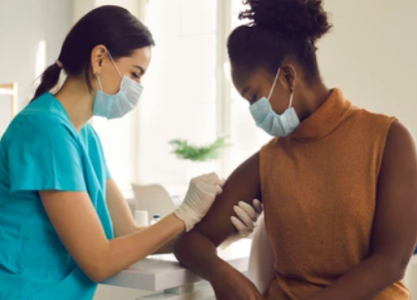 COVID-19 And Flu Season: Get Both Vaccines To Avoid The Twindemic