Chlamydia is one of the fastest-growing public health concerns within Denver, among the general increase of STDs across the city.

According to the Denver Post, nearly 1 in 100 adults now has chlamydia as rates have skyrocketed at the same pace as national cases. Currently, chlamydia is the most common STD in the United States and has infected millions of individuals in recent years.

But why is chlamydia all of a sudden escalating at record rates in Denver? What can patients do to prevent the disease, find out if they have it, and where they can get treatment?

Chlamydia has increased in Denver and the U.S because of lack of education, awareness, and prevention

The Centers of Disease Control explain that chlamydia is the most common STD in the United States among men and women caused by a bacterial infection. Chlamydia can lead to significant health consequences including infertility, pelvic inflammatory disease, and other reproductive complications.

Recently, chlamydia cases have jumped as more people are not educated about the risks of chlamydia. Many populations at the highest risk for chlamydia, which include younger adults and sexually active adults, simply aren’t equipped with the knowledge to prevent the disease. Per the CDC:

“Chlamydia is the most frequently reported bacterial sexually transmitted infection in the United States. In 2017, 1,708,569 cases of chlamydia were reported to CDC from the 50 states and the District of Columbia, but an estimated 2.86 million infections occur annually. A large number of cases are not reported because most people with chlamydia are asymptomatic and do not seek testing. Chlamydia is most common among young people.”

Additionally, chlamydia is asymptomatic which means that most patients don’t have symptoms when they get the disease. The combination of less frequent testing, asymptomatic cases, and lower preventive behaviors can lead to higher rates of the disease.

In Denver, these risks have compounded since densely-populated neighborhoods of younger, more sexually active adults aren’t testing as frequently. The lack of testing likely comes from a mix of lower rates of sexual education as well as asymptomatic chlamydia infections.

I live in Denver, CO: what can I do to prevent a chlamydia infection?

A sexually-active person is significantly more likely than an abstinent adult to get infected with chlamydia. However, there are some key risks among sexually active adults to watch out for:

Sexual Encounters from Alcohol or Drug Abuse: Drug or alcohol-induced sexual behavior can lead to poorer decision making and riskier sexual behaviors. Additionally, injection or certain drugs can potentially lead to HIV if needles are shared with an infected individual.

Having other existing STDs: Patients that have one STD already are likely to contract another as well. STDs can sometimes develop into other conditions and expose the host to more diseases. If a patient has an STD, then they’ll want to increase their usual screening activity.

Patients that understand these key risks should be able to improve their chances of detecting the disease early. Whenever you feel like you have an increased risk of chlamydia or another STD make sure you get an updated screening. 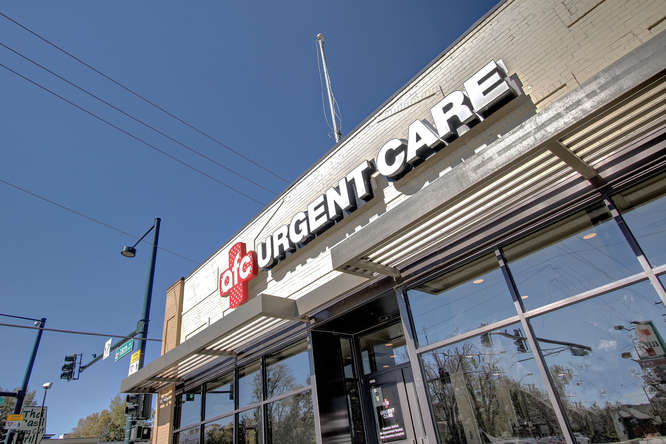 The good news for most patients is that our AFC Urgent Care Denver Locations provide instant STD screening and treatment for multiple types of diseases.

If you have been impacted by the outbreak of chlamydia across Denver, CO, then make sure you visit any one of our urgent care locations for treatment. Our team of board-certified physicians and urgent care staff can provide treatment at our local walk-in clinic in Denver Highlands, Denver Speer, Denver Park Hill, and Cherry Creek!

Use the map below for fast directions or schedule an appointment in advance with any of the buttons: