According to the Interstitial Cystitis Association, as many as 12 million people living in the United States might be living with interstitial cystitis.

During Bladder Health Month this November, our team at AFC Urgent Care Bronx Webster Ave. wants you to learn about interstitial cystitis and what you can do to find relief.

How Common Is Cystitis?

Although the term cystitis might not be a common one, this type of bladder problem is actually quite common among both men and women of all ages—although it is diagnosed more in women than men.

Cystitis is an inflammation of the bladder, often caused by a urinary tract infection.

UTIs can occur at any point in the urinary tract system, including the bladder, the kidneys and the urethra, causing inflammation (or cystitis) in the affected area.

Do you think you might be having bladder issues? Stop by AFC Urgent Care Bronx Webster Ave. for a medical evaluation. No appointment is necessary! 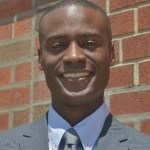 Sasha is a native to Port Chester, NY and studied Syracuse University School of Architecture, where he earned his Bachelor’s of Science and a minor in Marketing. Sasha has worked as an architect and project manager for smaller firms, and has worked to grow his mother’s local business before transitioning into his new career of managing AFC Urgent Care Bronx Webster Ave. Sasha on the Board of Directors for the Westchester Coalition for the Hungry and Homeless. He was also recognized and named to the 2012 Class of 40-Under-40 by the Westchester Business Council. Sasha strives to deliver the best medical care and looks forward to helping his Bronx community grow.