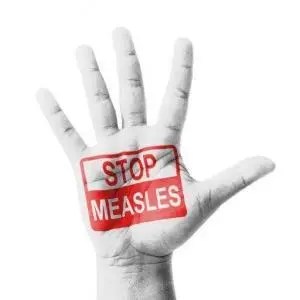 As we’re sure you’ve heard, all over the news, the measles virus has made a comeback in the U.S. in full force. within the past five years, 75 percent of measles cases reported to the Centers for Disease Control and Prevention have occurred in various insular communities, among them the Amish in Ohio, the Somali community in Minnesota, Eastern European groups in the Pacific Northwest and the ultra-Orthodox Jewish communities in New York. These occurrences are usually caused by a lack of vaccinations within these communities. Now, the measles virus is spreading.  Virally. We have put together a measles Q&A on everything that you need to know and then some. Please reach out to us if we have not answered your questions and one of our providers will be happy to help you.

Q1: What is the Measles Virus?

A: According to Iftikhar Ali, MD, Medical Director for AFC Urgent Care: “Measles is a highly contagious disease. The only way to protect yourself is being vaccinated. If you are not sure about your vaccination status, it can be tested with a simple blood test for MMR ( Measles/Mumps/Rubella). If you are not immune, you should get a booster dose of MMR. If someone comes in contact with a patient who is diagnosed with measles and is not sure about his/her MMR vaccination status, he/she should go to a health care facility within 72 hours to receive the MMR booster vaccine to prevent the disease. If it is over 72 hours, you should go to the Emergency Department of the nearest hospital within 6 days to receive immunoglobulin”

Q2: What are the signs and symptoms of measles?

If experiencing any of these symptoms, please contact a medical professional immediately.

Q3: What are the stages of measles?

Q4: What are the causes of measles?

Measles is a highly contagious illness caused by a virus that replicates in the nose and throat of an infected child or adult. Then, when someone with measles coughs, sneezes or talks, infected droplets spray into the air, where other people can inhale them. The infected droplets may also land on a surface, where they remain active and contagious for several hours. You can contract the virus by putting your fingers in your mouth or nose or rubbing your eyes after touching the infected surface. About 90 percent of non-immune people who are exposed to someone with the virus will be infected.

Q5: Is the measles virus treatable?

There’s no specific treatment for an established measles infection.

Q6: Is the measles virus preventable?

Remember: When you get the measles vaccine, you are not only protecting yourself against illness, but you are protecting everyone around you.

Get your Measles Vaccine Today!

If you or a loved one is developing flu like symptoms you can walk right into our urgent care center, no appointment necessary, at 1030 Boulevard, West Hartford, CT 06119-1801. At AFC Urgent Care West Hartford, we are open 7 days a week and ready to treat you. You can save time by checking in online and we accept most insurances.