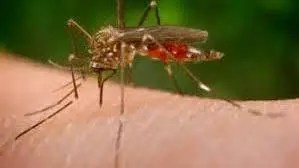 With Zika virus in the news daily, you might be wondering if we should be concerned about Zika Virus making its way to Connecticut.

What is Zika Virus?

Zika is a disease spread through the bite of an infected Aedes mosquito. Originally discovered in Uganda in 1947, up until recently the Zika virus was known as a mild and short- lived illness,  and isolated to countries in Africa, the Pacific Islands and Southeast Asia. Since May of 2015 however, outbreaks of Zika have been discovered in Brazil and as of this writing, according to the CDC, in Barbados, Bolivia, Brazil, Colombia, Dominican Republic, Ecuador, El Salvador, French Guiana, Guadeloupe, Guatemala, Guyana, Haiti, Honduras, Martinique, Mexico, Panama, Paraguay, Puerto Rico, Saint Martin, Suriname, Venezuela. Officials are warning that more countries are not far behind.

According to the CDC, Zika is now being linked to birth defects such as microcephaly, a condition that causes babies to be born with unusually small heads and, in the vast majority of cases, damaged brains, and possibly Guillain- Barre Syndrome.

What are the symptoms of Zika virus?

The most common symptoms of Zika are flu-like: fever, rash, joint pain, and conjunctivitis The illness is usually mild with symptoms lasting for several days to a week. People usually don’t get sick enough to go to the hospital, and they very rarely die of Zika, however the main worry is over the virus’s possible link to microcephaly. It is not something to be taken lightly.

How is Zika virus transmitted?

Zika virus is believed to be transmitted 3 ways:

Should we be concerned about Zika Virus in Connecticut?

Because Zika originates in warm weather countries that actively breed mosquitos, Zika is not an immediate threat to us in the northeast except via someone who has been infected returning to the U.S. and passing it on here. Thus far in the U.S. there have been 12 people who have tested positive for Zika Virus in Florida, where it has a greater possibility of increased transmission than here in Connecticut.

What precautions should we take to avoid Zika Virus?

The CDC is offering these preventative measures, and pregnant women in particular are being warned not to travel to countries where Zika is present and there is risk of being bitten by the Aedes mosquito.

Is there a Zika Vaccine?

Not yet, however, we should be proud that there is currently research being done to create a Zica vaccine one right here in Connecticut at UConn, where a Brazilian virologist, Dr. Paulo Verardi and his team are predicting a preliminary vaccine that they hope to have available for testing soon.

Is there a test for the Zika Virus?

There is one in development as we speak, and hopefully one will be available for commercial use and we will have one soon. We will keep you posted!